So... how does the tallest mountain peak in Austria look like? Is it tough to get there?
These were only some of the questions we had knowing we arrived so close to this peak. So - we decided to go check it out.

We were staying in Heiligenblut, the village located just at the bottom of the Grossglockner. It's a small but very nice settlement at 1300 m above sea level, with the primary focus on tourism. 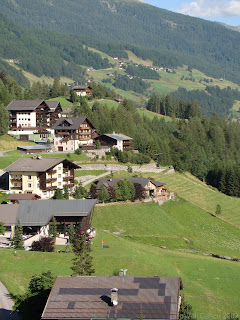 Small villas and a few very nice (but rustic) 4 star hotels are lying next to each other, along with a few small outdoor bars and some gift-shops. 2 or 3 small supermarkets are discretely integrated in the village that really lets you feel you're in the mountains now... all giving you the overall feel of a nice old shepherd village that was overhauled for both modest and pretentious guests' accommodation. 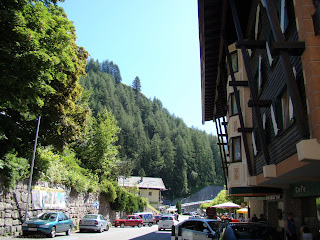 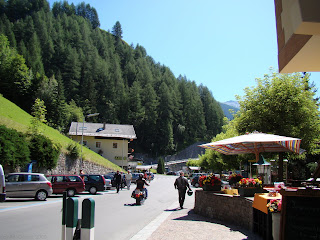 Pedestrian side-walks often mix in with the cars' narrow roads, but no one honks their horns or over-rev their engines. Wooden outside furniture and and small flowers everywhere make each walk another step towards relaxation. 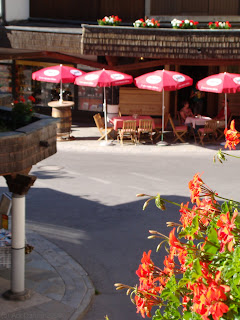 A small (but nicely placed) camping area fills the valley with a homey barbecue smell. 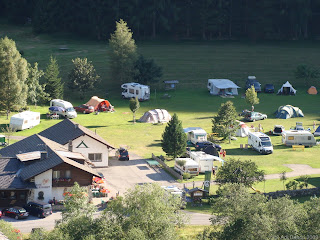 An interestingly disguised tennis court tries to blend into the scenery. 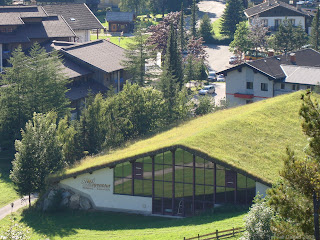 A tall but thin old church with wooden roof tiles watches over the entire place as sort of a peaceful guardian. 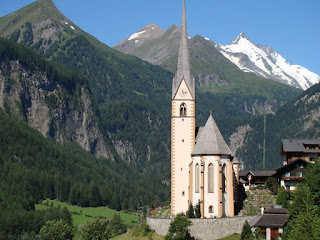 And, over there in the distance, you can see IT... The white old giant... Die Grossglockner... Now that's where we'll need to go! 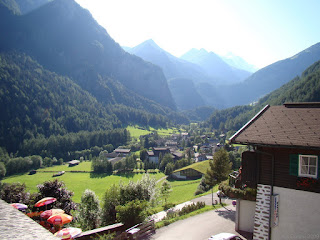 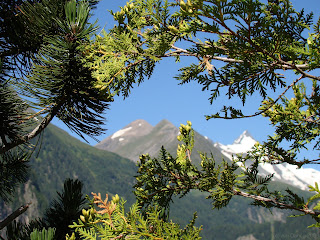 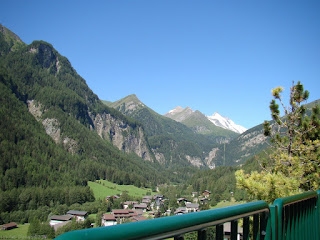 In this year's holiday we spent about 1 week in the Alps of Austria.
We got a package from a travel agency that was pretty convenient as a price, just wanting to see the Alps and looking to have a restful week in the mountains.

Little did we know we were going to see Austria's highest peak (and one of the highest in the Alps for that matter) - the Grossglockner.

Departed from Romania, I had the GPS calculate the shortest route to take us to Heiligenblut, the little mountain town where our hotel was located.

At about 8:39 PM Austria Time we arrived at a toll booth where we had to pay 18 Euros to go through... hmmm... GPS has indeed warned me that I'll be going on a toll road, but I thought that was for the highway in Hungary and autobahn in Austria... well, on we went... 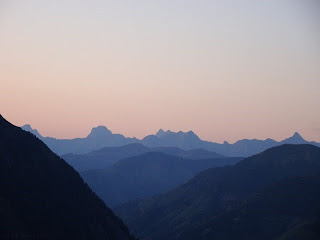 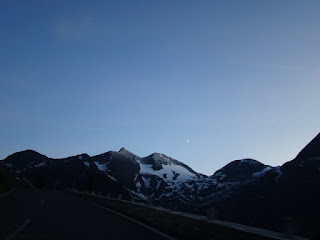 We started to ascend. The sun was almost completely down, the corners were starting to get heavier and heavier, and so did the ascent gradient. At one point we looked at the car's external thermometer - it was showing 6 *C - we should now be driving on winter tires!!!
As we climbed on, I was starting to see the need to over-rev my 1.6 liter engine. Now we're going in 2nd speed, 4000 RPMs - What gradient is this anyway?
No cars on the road, just a lost biker going the oposite way, over-reved as well... The night completely established its black dominance, we were only seeing the portion that was lightened by the car, and the reflective bands across the rock on our left that was coming closer and closer to the road, increasingly shrinking its available width. We were already tired from the other 1300 kilometers we had already drove that day. So I was pretty focused on the road. When is this spooky road going to end? GPS was saying that it should be another 15 kilometers...

Finally we started to descend, it seemed easier at first, but I had to use engine braking as the descend made us pick up a bit of speed and I did not want to overheat the brakes. The road was now going near a rock on the right side, and we could feel an abyss on the left as I rolled down the window to smoke a cigarette and freshen a bit with the cold mountain air. And after a short while - a miracle - we saw the friendly lights of Heiligenblut making the hollow black less scary. I guess we were never so relieved to arrive to a destination.

- Later we found out that the road we got on and had to pay for was the "Hochalpenstrasse" - or "high alpine road" that transits the Hohe Tauern National Park, which is the largest natural reservation for the specific (protected) mountain animals (such as marmots, mountain goats, owls, butterflies) and plants (mountain flowers, pine-trees...). One third of all plant species found in Austria and about 10,000 species of animal live in the Hohe Tauern National Park.
Here is a brochure in PDF format.

A graph of the road, ascending to the highest point (of 2500 meters) and then descending to Heiligenblut, our destination (at about 1300 meters above sea level): 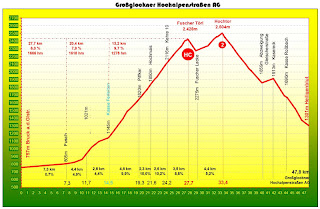 - We also found out that the alpine road is closed from 9:00 PM since 5:00 AM (during the night) and last admission was at 8:45 PM (oh boy, we got there at 8:39 PM, talk about luck ...) one more smoking stop and we wouldn't have made it...
- The alternative was to travel an extra 100-200 kilometers on a highway south of Salzburg, until near Linz and get into Heiligenblut without going through the National Park.

So, we had to give the road another chance, and decided to drive it by day - up to the Grossglockner peak. Now the road was being friendly, the scenery was great. Now that's a nice road to drive. We couldn't believe it's the same one... We stopped here and there just to admire the scenery and take a few snapshots. Completely changed our initial perception. 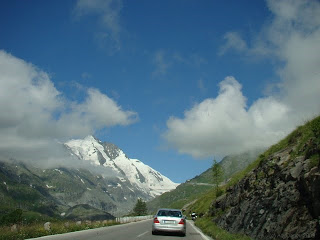 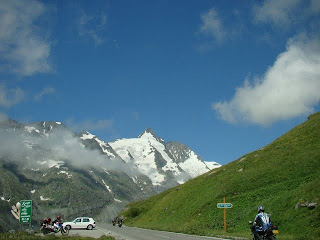 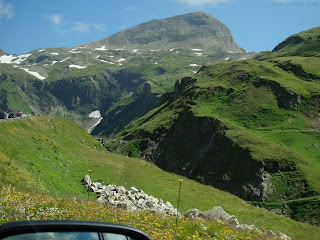 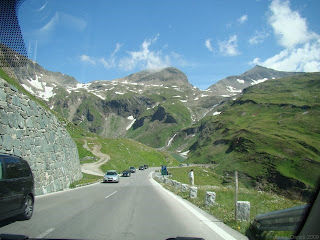 So I guess there's a reason why they close it by night (this along with the fact that, during the night, mountain animals that are protected by law could come on the road and could get killed by traffic).

And finally, here is a picture taken from the official Grossglockner Hochalpenstrasse Web site - pretty nice scenery, wouldn't you say? 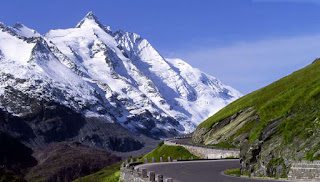